By aliirose | Published
Nov
17
2012
Its been a busy last couple of weeks with lots of work and the odd day out and about in Hong Kong looking for adventures.  I have also been taking part in Movember this year for the first time ever.  Thank you to all the sponsors so far and know that the moustache is coming in thick and strong (and itchy).  Photos from the last couple of weeks. 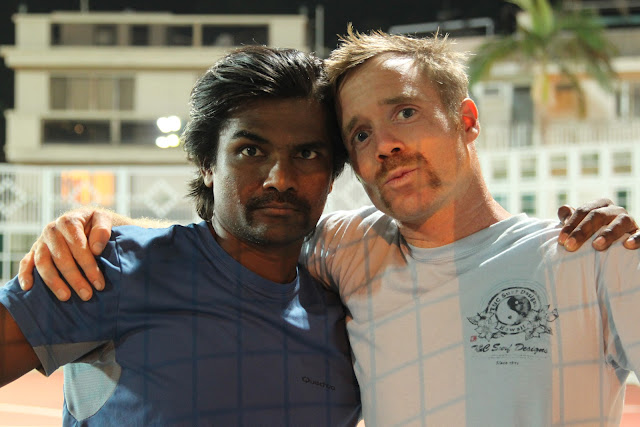 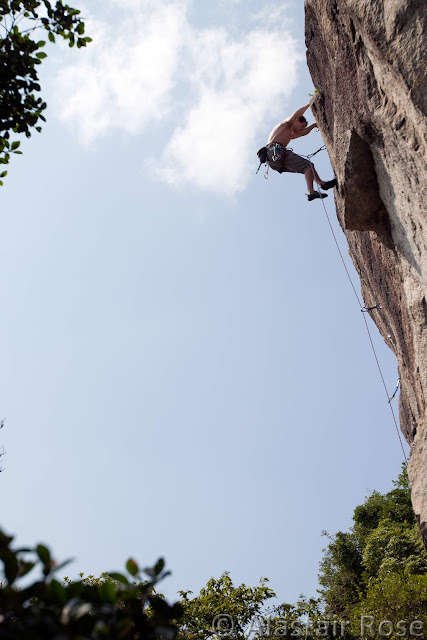 Eben on the crag classic at Beacon hill “Lizard” 7a. 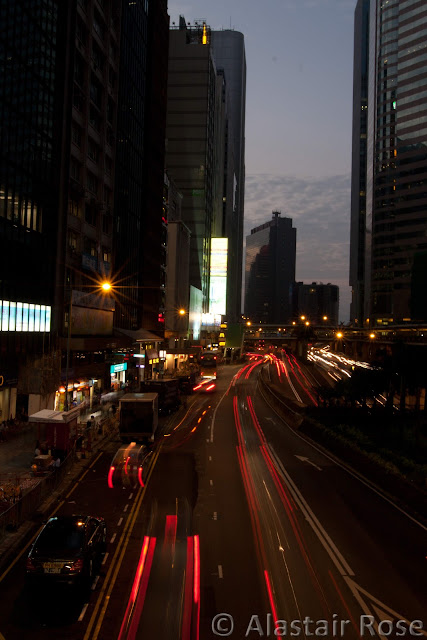 A quick night shot on my way home one day. 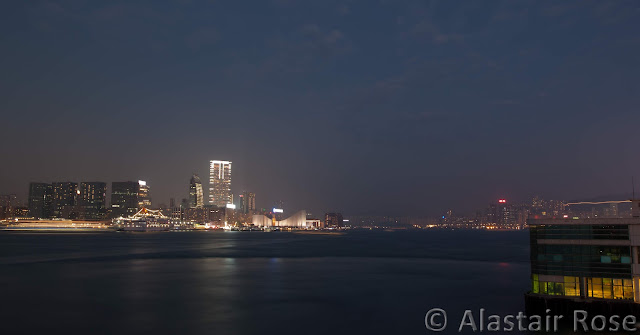 Another night shot from the top of the ferry pier where i get the boat home. 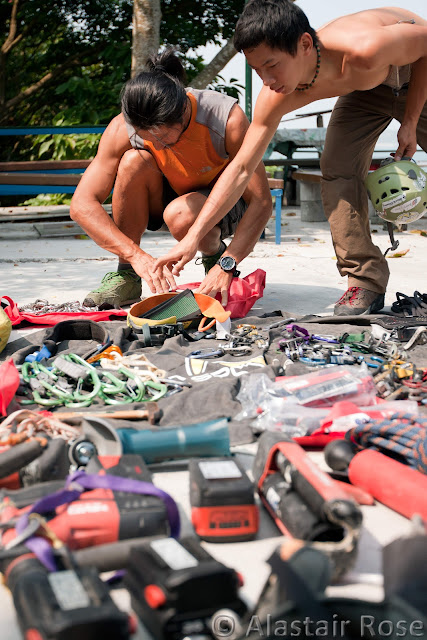 I spent two days out on Tung Lung Island with Geordie and Nikolai chopping old bolts and replacing them with Glue ins.  Gear being sorted. 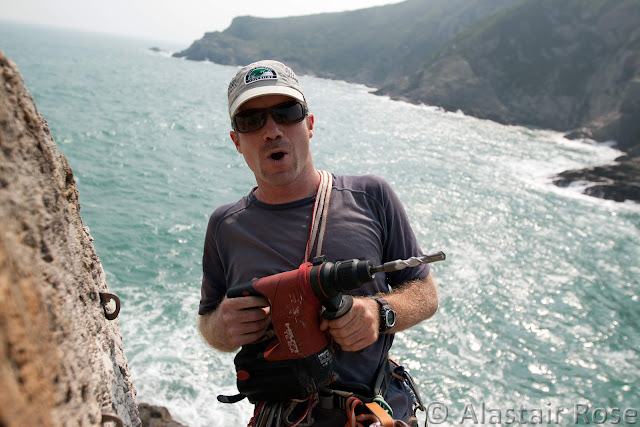 One hole down – This was a long dusty couple of days grinding, drilling, cleaning and glueing.  You can just make out the start of the moustache – I think this was on the 2nd of Movemeber 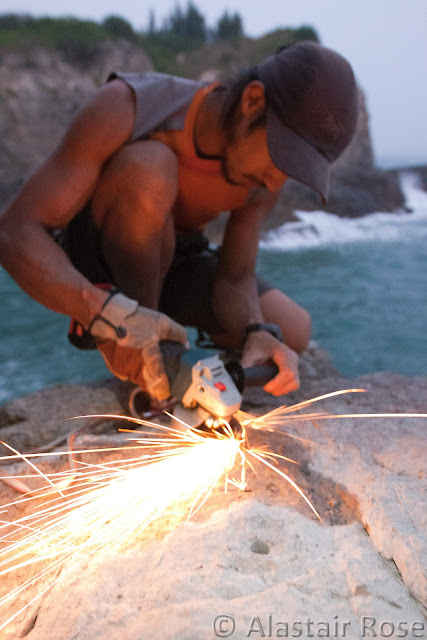 Still going in the evening of day one.  Geordie grinding the old Tyrolean bolts 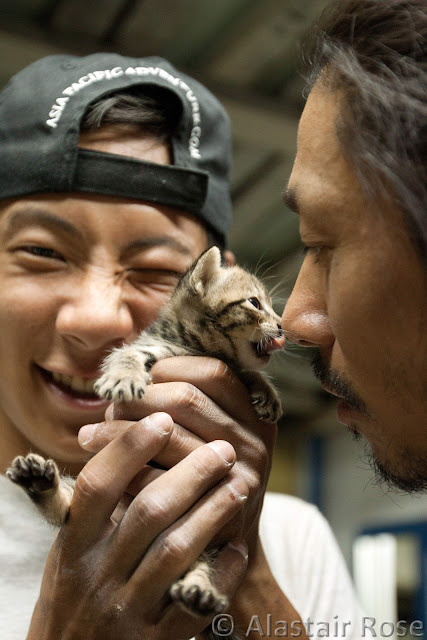 Nikolai and Geordie messing with one of Mr Wongs kittens. 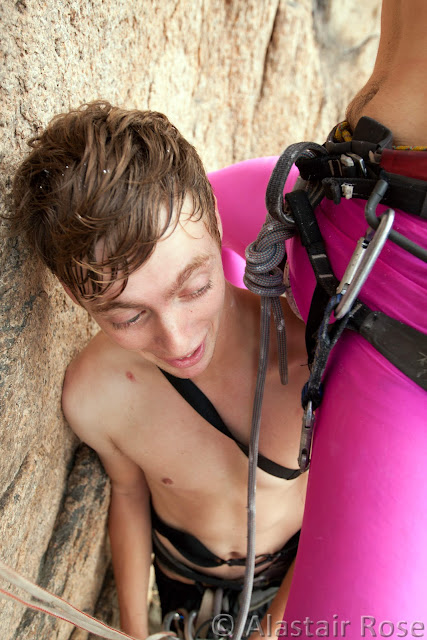 Miles, Giles, Matt and I made an early morning dash to Lion Rock to do a mass ascent of the classic climb “Gweilo”.  Here Miles seems less than certain of Giles choice of legwear and his way of getting past him. 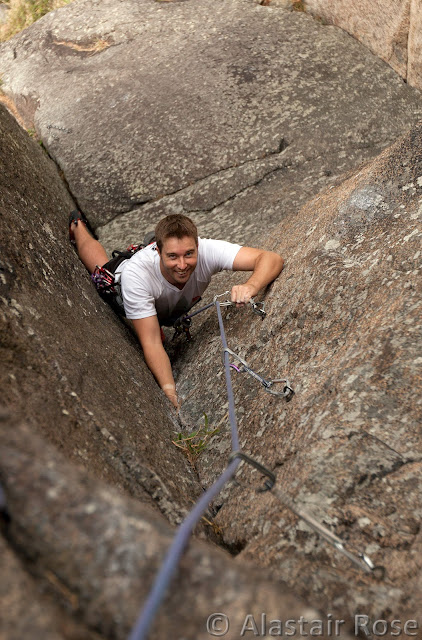 Busted – Matt pulling on quickdraws on the crux pitch. 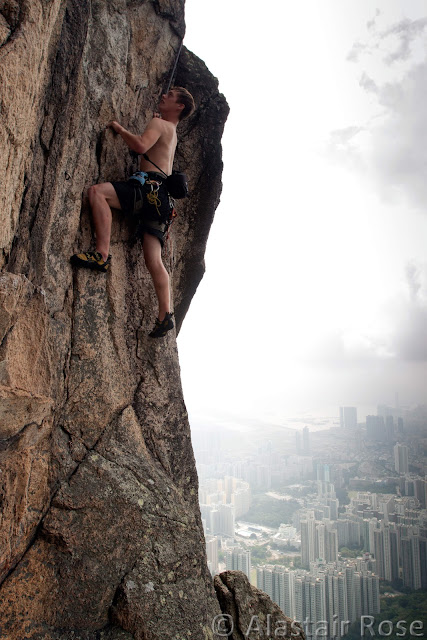 Mile on the traverse pitch 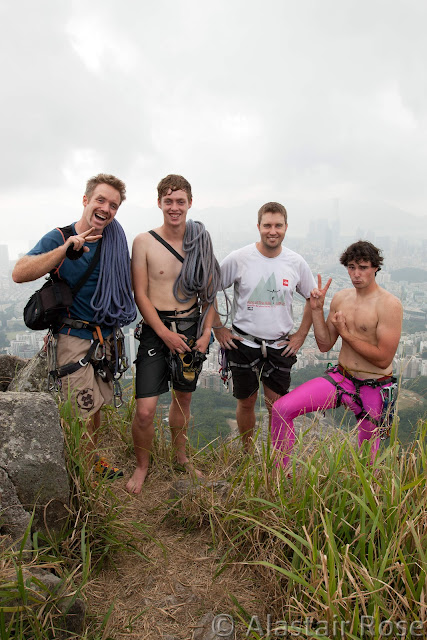 At the top being very chinese about it.  Hilarious day of banter climbing as a massive group. 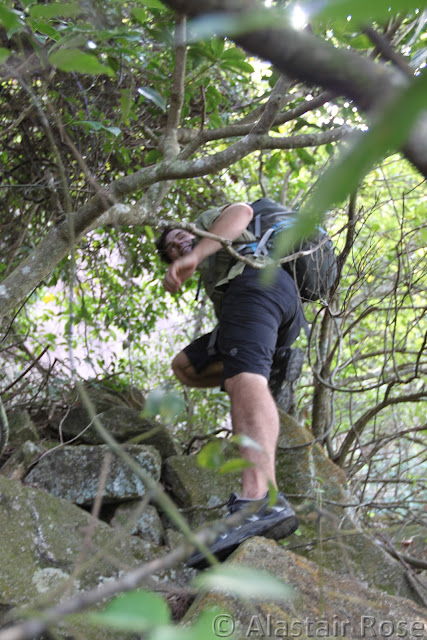 Last weekend Giles and I tried to find a route on Mt Stenhouse on Lamma which the old guidebook describes as a traditional classic.  Called “Aardclimb” and graded HVS 5a.  The approach, as expected, was  pure jungle scwacking to get to the base.  It actually did look like someone has been there recently.  The climb probably has not been done in years and we were met with a lot of vegetation. 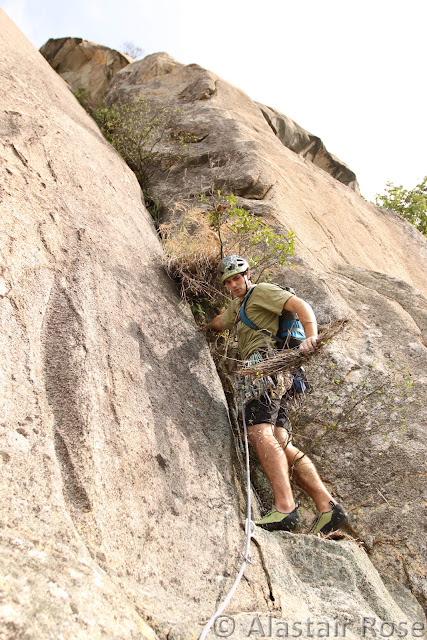 Giles “cleaning” the second pitch.  He did in fact get to a position where he was standing on the thing hes holding onto in this shot before we realised how horrible the rest of the climbing looked (you can see the crack above him filled with grass and bushes) 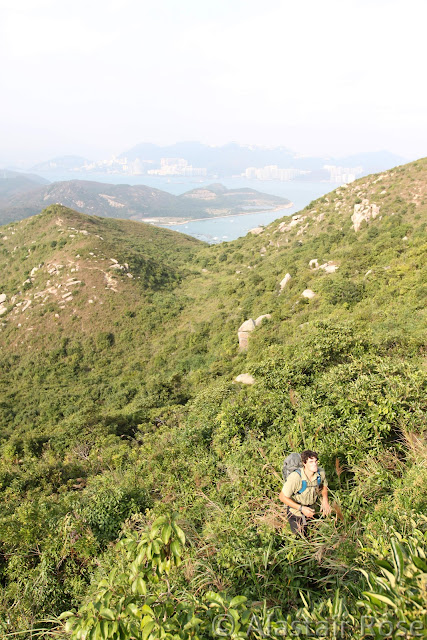 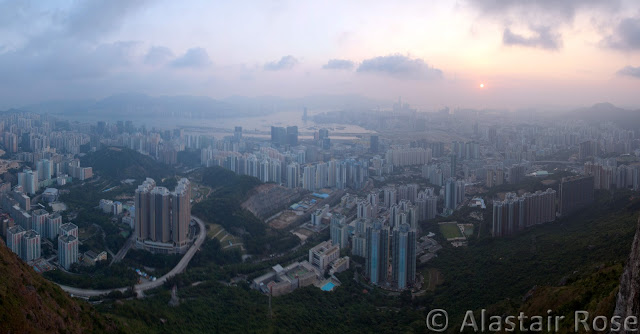 Panoramic shot of hong kong from the end of last month from the top of Kowloon peak.