By aliirose | Published
Sep
08
2012
As ever I did not give myself much time to transition from one job contract (and country) to another.  My last few weeks in Scotland saw the seasons change to a definite Autumn and the super breed of midgies (no see ums for the americans out there) appeared as well.  I managed to fit in a couple more adventures before leaving even with the high winds, rain and midgies.  The first was a group effort in too Ardverikie wall on Binnean Shuas with the hope of another climb the next day.  In true style we walked in around 3pm to pitch camp and have a go at the route as a party of 5.  Amazingly the midgies and rain held off most of the time we were actually climbing (except the second belay spot) and we were soon back at our beautiful camp getting eaten alive by midgies…. 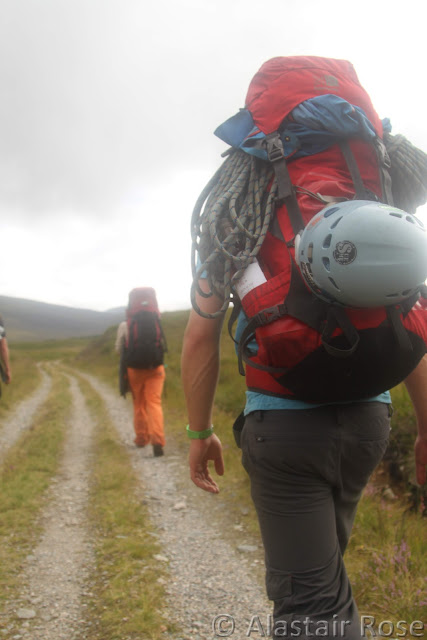 Walking in to Binnean Shuas, Hannah up front and Joe behind – note the cheeky bottle of Rose wine on the side of Joe’s bag. 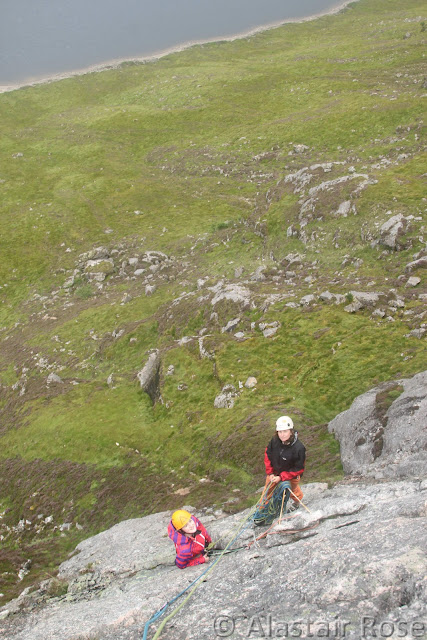 Looking down the route at Hannah and Laura on the second Belay.  I dont think they were particularly impressed with me taking photos while the midgies swarmed. 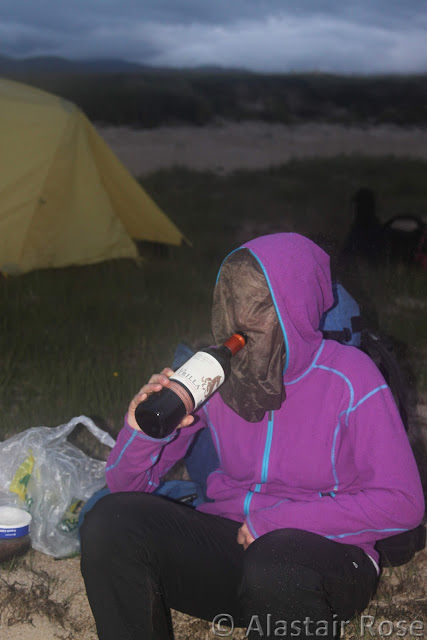 Laura after her first ever outdoor climb.  Drinking wine through a midgy net – Classy! 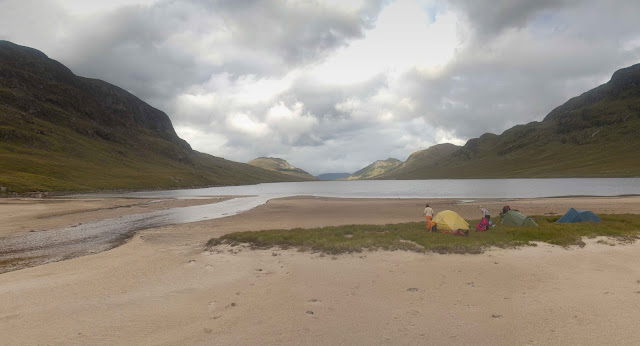 The last adventure was my last full day in Scotland for a few months.  Ruaridh agreed to meet me at the northern corries car park in the Cairngorms even though the forecast did not look too impressive.  What was impressive was that Ruaridh had not climbed in a couple of years but was happily flying up the classic Magic Crack (HVS) with frozen fingers and toes and some very windy belays. 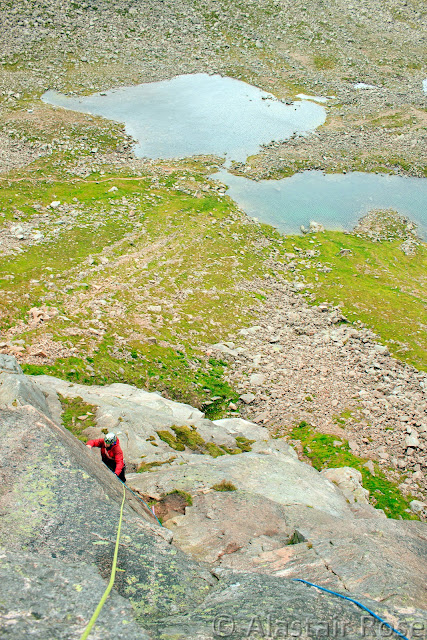 Ruaridh trying to work out the wet lower pitch of the climb. 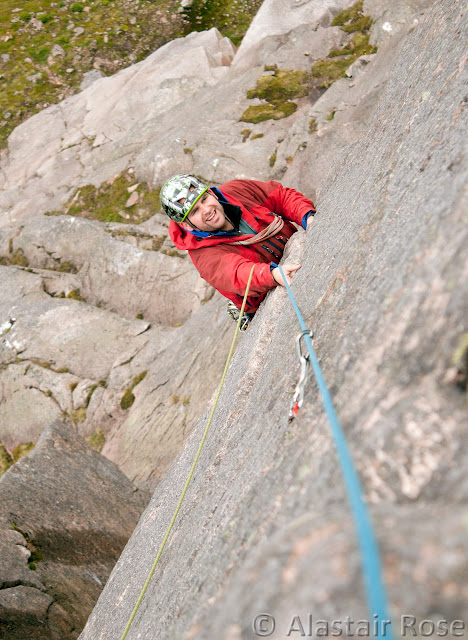 Ruaridh looking fairly happy in the middle of the crux on the upper pitch.  (With cold fingers and toes this pitch felt a lot harder than HVS!) 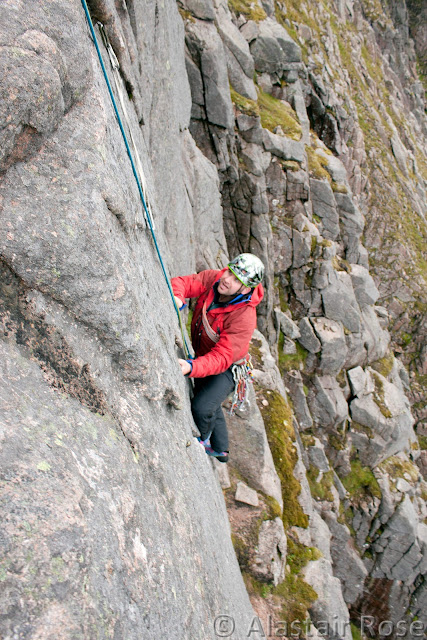 Then the next day I was in Hong Kong and today had my first day out climbing.  A bit of a change from Scotland. 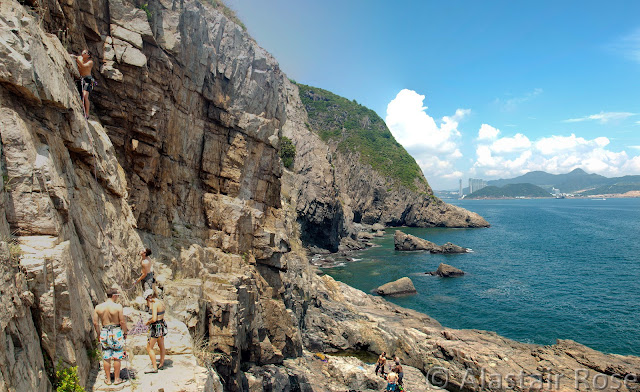 James (top left) on one of the warm up routes on Bunker wall.  I only climbed three routes today due to sweating so much.. 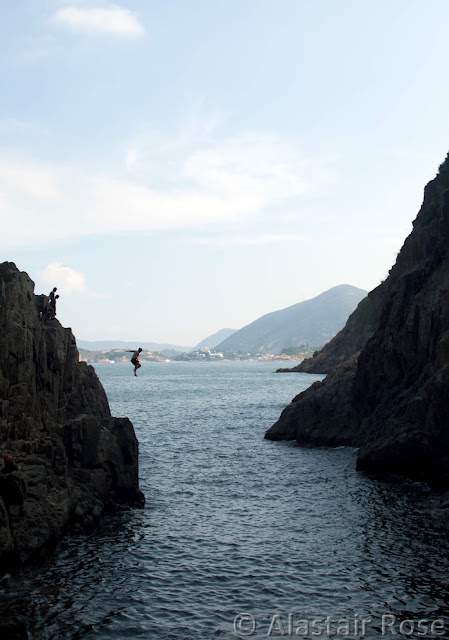 At least there’s something to do when it gets too hot! 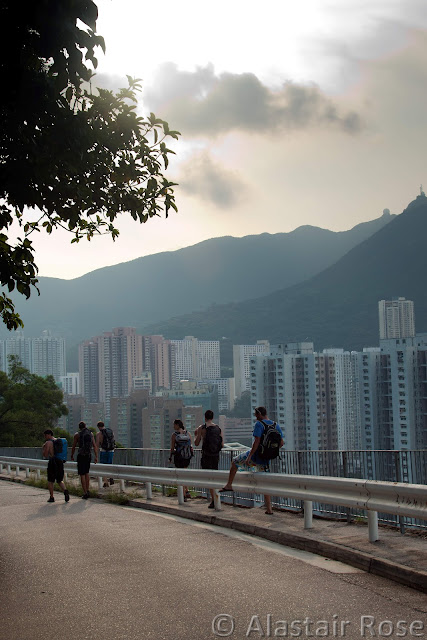 And of course the sunset on the ferry ride home.  It is as ever a shock to jump between two such radically different places but soon the busy season will be in full swing in Asia and I will soon be back in Scotland for the snowy and icy stuff.