By aliirose | Published
Jan
25
2010
Weather has not been on the side of my plans for the last few weeks producing more snow than I ever remember in Scotland. This has been declared a national emergency in places, but anyone with an interest in winter sports there has been some amazing opportunity. Curlings Grand Match was almost held even with opposition from the Emergency services, Ice climbs not seen since the seventies have been in condition and there has even been snow to ski on. I have managed to catch up with friends and get out into the mountains a bit on shorter trips through very deep snow. 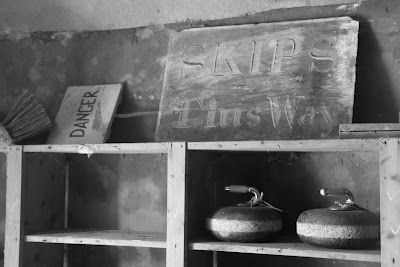 A visit to the local curling club shed with my dad 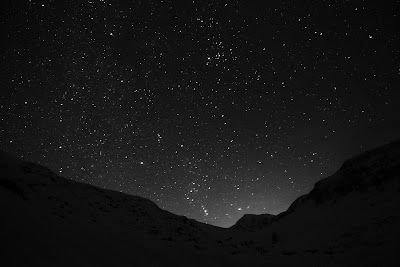 Stars over Ben Dearg in the North West. I was trying to get north but couldnt get out of the first valley due to waist deep snow… 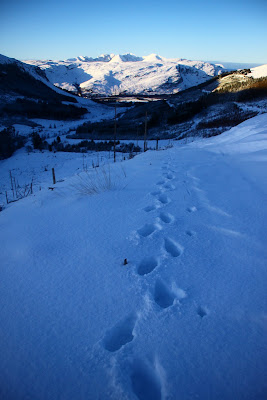 One of the attempts to get out of the valley, deep snow plodding but with amazing views south to An Teallach.

Loch Broom – frozen sea – shortly after this I was told I had just slept out in -22degreesC. Cold but beautiful 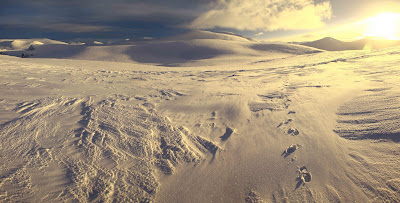 Walking across a deserted Cairngorm plateau as the sun sets. Thats Ben MacDhui in the middle.

Rime ice on the summit cairn of MacDhui. For the photographers – the last two images are both stitches of at least 6 photos.

So now some more shorter adventures lined up – first stop, seeing what Glen Coe and Ben Nevis have to offer.
This entry was posted in Uncategorized.